Preview 'Moons of Madness' a Darker Take on a 'Martian' 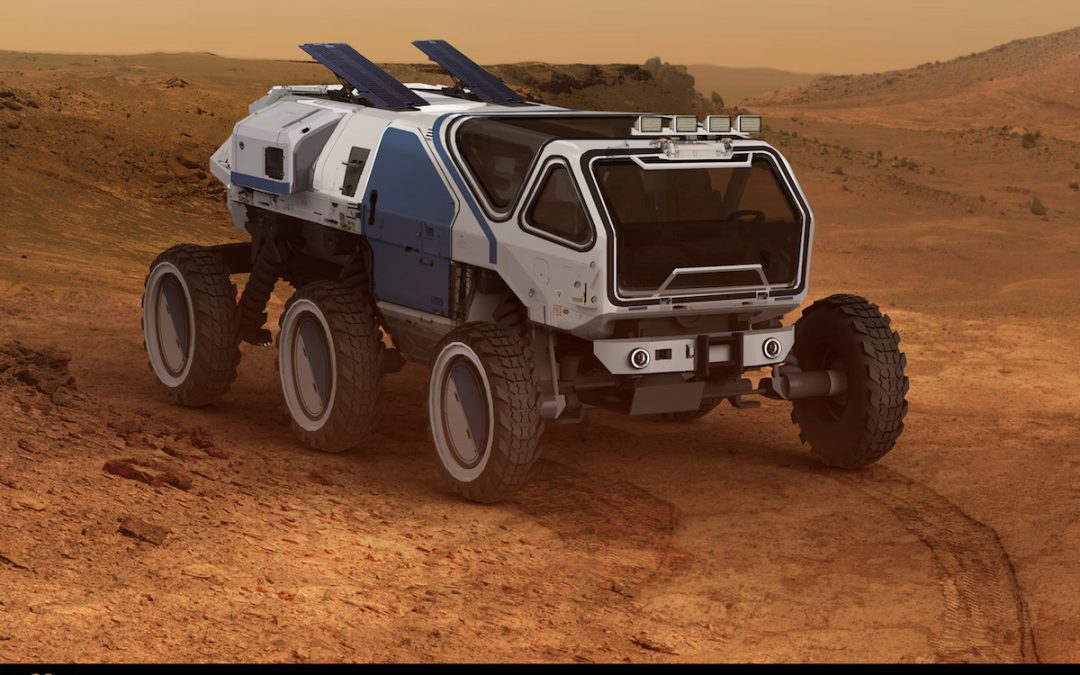 “Moons of Madness” reminds me a lot about of “The Martian.” Both games are set on the red planet. Both have a hard science-fiction edge, meaning that they’re both driven to be scientifically accurate. There are no spaceships that jump into light speed or super-advanced alien technology.

The one difference between the novel and this video game is the tone. Whereas “The Martian” used humor to handle the intense loneliness on another planet, “Moons of Madness” skews darker. Set 40 to 80 years in the future, this first-person exploration game follows the footsteps of Shane, a crew member on a research team preparing a Mars station for new crew members.

Shane has a brilliant mind, but he also has dark past with a mother has who went insane. His family history haunts him. The demo I played starts off with players in the Meerkat, a kind of rover. The vehicle has stopped and Shane has to figure out how to repair it. That’s the intriguing part. “Moons of Madness” presents players with problems and they’ll have to use the environment and tools at hand to figure it out.

That technically makes it a puzzle game, but the problems are woven into the fabric of the story and setting that it seems natural. In this case, I had to go outside and grab a power cable, but I couldn’t do it with the gear I had on. I had to don a spacesuit and helmet to protect me from the Martian atmosphere.

That meant I had to use a scanner and powers of observations to locate the gear and find the handle toe exit outside. Similar to a lot of sci-fi stories, the initial fix doesn’t go as planned. I found the cable at the back of the Meerkat, but unfortunately, I plugged it in and discovered something was wrong with the power.

I explored the area. “Moons of Madness” lets you move around freely, but the area of exploration is limited. I discovered a power relay that didn’t function because the solar array that feeds it energy wasn’t aligned. I had to go to each array and use my scanner to turn the panels in the right direction and get juice to the relay. That in turn would power up the vehicle.

With the job done, one would think Shane could go back home, but during the repairs, players will start noticing things are a bit off. They’ll hear stranges broadcasts. The readouts will spew poetry instead of numbers. And finally, players will come across a cave.

Normally, I would stay away from such a thing on a hostile planet where pretty much everything in the environment will kill you, but Shane, being sort of crazy, goes in. This is where “Moons of Madness” gets weird and Lovecraftian. Players find letters from their mom in the cave. They’ll also learn some of the backstory on Martian researcher: His father was a military man, and the protagonist’s big fear is that he may go crazy like his mother.

“Moons of Madness” will take place across four chapters, with each chapter having three parts. According to Natascha Rooslie, of Rocket Pocket Games’ PR and Business development arm, the project isn’t going for jump scares. The horror it’s aiming for focuses on dread, a looming atmosphere.

Game designer Aaron Dintino said “The Martian” was a huge influence of “Moons of Madness,” but project diverged in a different direction. “We spent time defining the horror,” he said. The team wanted to create a sense of paranoia.

Although it may seem like an ideal project for virtual reality, Roosli shot that idea down saying that it didn’t work well. Instead, players will have an intense horror experience on the PC, Xbox One and PlayStation 4 some time around the middle of 2018. ___

This article is written by Gieson Cacho from East Bay Times and was legally licensed via the Tribune Content Agency through the NewsCred publisher network. Please direct all licensing questions to [email protected].

© Copyright 2018 East Bay Times. All rights reserved. This material may not be published, broadcast, rewritten or redistributed.